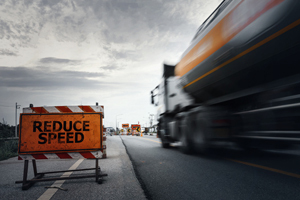 Denton has strict laws regarding drunk driving. As a truck driver, operating a commercial vehicle while intoxicated or causing a traffic accident can cost you your job. If you are accused of both in one incident, it could not only end your driving career but also cost you your freedom. Our experienced Denton commercial DWI lawyer, Sanjay Biswas Attorney at Law has handled several commercial DWI cases and defended many drivers accused of DWI accidents. If you are charged with causing injury or death in a DWI accident in your capacity as a commercial driver, then get in touch with our law firm today.

What Is A Commercial Vehicle?

However, it must be kept in mind that farm vehicles and recreational vehicles are not known as commercial vehicles.

A commercial driver who has a BAC of more than .04 will be considered to be drunk under the law of Denton. Any commercial vehicle driver who is driving a vehicle with a BAC that is above .04 in Denton will have to face the same consequences as someone who has a BAC above .08.

Punishments For DWI In Denton

What Happens When You Refuse To Take A Breathalyzer Test?

If you refuse to take a breathalyzer test, which may be requested without a warrant, your CDL will automatically be suspended. According to a recent decision by the US Supreme Court, no driver will be charged with criminal punishment for refusing to take a blood test if the officer does not have a search warrant.

Commercial drivers have the right to appeal a CDL suspension. If you’ve been charged with a DWI, you need to get in touch with Denton commercial DWI lawyer, Sanjay Biswas Attorney at Law who will aggressively fight for your rights. Get in contact with us today to schedule a consultation with Sanjay Biswas as soon as possible.