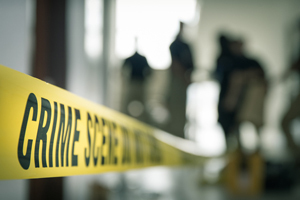 There are certain serious crimes like murder, capital murder, and homicide that can lead to grave charges that nobody would ever want to deal with. It can be a traumatizing experience with life-altering consequences. If you have been arrested on a charge of murder in Denton, take a moment to consider the importance of your next move. It is incredibly important for you to choose a Denton murder lawyer who can make you win the case since there is no room for mistakes in such cases. Make sure to hire a murder defense lawyer immediately. Hire a lawyer who is well-experienced and can fight your case aggressively.

Murder And Capital Murder In Denton

Murder and capital murder are the two forms of homicide under Texas state law. Please note that a charge of murder in Denton is brought;

(1) When a person intended to cause the death of another human being,

(2) When a person committed an act intended to cause serious bodily injury to another person but which resulted in their death, or

(3) When a person caused the death of another during the course of committing a felony.

It is incredibly important to note that a charge of murder can be turned into something more serious such a capital murder, which can lead to harsh punishments. Capital murder includes the following examples:

Manslaughter can be defined as the act of committing the murder of someone due to the recklessness of the murderer. Therefore, when due to the reckless behavior of a person someone else gets murdered, it is known as manslaughter. In order for someone to be prosecuted for manslaughter in Denton, it is the duty of the prosecutor to prove that the accused was negligent, and due to his reckless or negligent behavior, the other person got killed. In simple words, negligence can be defined as the breach of the ‘duty of care’ that one person owes to another.

Punishments For Manslaughter And Murder In Denton

When it comes to Denton, the punishments for manslaughter and murder are serious; therefore these crimes must not be taken lightly. In case anyone is convicted with the crime of murder or capital murder, then he or she may be charged with a 1st-degree felony or 2nd-degree felony. These may include fines and jail time depending on the severity of the case, therefore make sure to hire a lawyer who can defend your case in a possible way.

If someone has alleged murder charges against you, then it is about time that you get in contact with us. Having such serious charges alleged against someone must never be taken lightly as it can lead to harsh punishments that you definitely don’t want to face. Your entire life is at stake when you get charged with murder; therefore it is crucial to hire the best criminal defense lawyer that you can find.

In such cases, the court often does not allow bail for the defendant. This leaves the accused with very few options. Denton murder lawyer, Sanjay Biswas Attorney at Law is purely client-driven and focuses on aggressive one-on-one representation. In this serious situation, you need someone fighting hard for you and your rights. You do not have a single moment to waste in a case involving capital offenses.