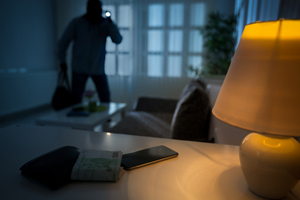 Many people think that burglary, theft, and robbery are the same and lead to the same punishment. However, this is not true as these three are different from each other. Why is it so important to know about the difference between these three? It is crucial to know about the difference between these three since each one of them carries different punishments, so if you have been arrested and charged with the crime of either one of them, then it is important for you and your legal assistance to understand your charges and what led to them.

Sanjay Biswas Attorney at Law being one of the finest Denton burglary and theft lawyers can help in preparing a strong case for you to ensure that all your rights are protected.

A theft is committed when someone takes anything of value from someone without the owner’s consent. The degree of theft usually relates to the amount of the property that was stolen and ranges from “petty” to “grand.” Whereas, a burglary occurs when someone illegally enters into the property of another with the intent of committing a crime. It is not necessary to break and enter’ into someone’s premises; simply trespassing without permission will amount to burglary if the person has a guilty mind. Theft or burglary is elevated to a robbery when physical force or fear is involved against a victim.

Sanjay Biswas Attorney at Law is experienced in fighting theft allegations including, but not limited to:

It is important to hire a qualified and well-experienced attorney who can fight your case concerning theft crime at the state level. Sanjay Biswas will certainly make sure that all your rights are protected and do his best to secure a decision in your favor.

The punishment that a person receives depends on the value of the property that is involved in that specific case. In addition to this, the court takes into consideration whether or not any person was hurt by the accused, and whether any weapon was involved in the case or not. It is better to consult a lawyer who can let you know about the penalties that you might have to face.

All elements of a burglary charge would have to be proved by the prosecutor. These elements include:

For prosecutors, proving intent can be extremely problematic. Only you really know what you thought at the moment. So the prosecutor must rely on circumstantial proof without a confession and our experienced Denton burglary and theft lawyer knows how to handle the case.

Prosecutors will often offer criminal defendants a plea deal where they agree to reduce penalties if the defendant agrees to plead guilty. Even though a misdemeanor usually does not lead to imprisonment, but it does get added to your criminal record, which can lead to serious consequences in the future. Therefore, it is incredibly crucial to hire a highly skilled burglary and theft lawyer in Denton who can fight your case.

Before you plead guilty or accept a plea deal to a criminal burglary or robbery charge, you need to make sure you speak to our Denton burglary and theft lawyer.

If someone is accused of a burglary or robbery crime and has been convicted for it, then he or she will have to deal with some serious legal consequences including fines, imprisonment, and a permanent mark on their criminal record. Due to all these serious penalties, it is incredibly important for the accused ones to hire a well-experienced lawyer who can fight their case aggressively. With the proper representation, you can build a case that helps you share your side of the story and ensure your rights are properly protected throughout the entire court process.

Sanjay Biswas Attorney at Law is a Denton burglary and theft lawyer who works hard to protect his clients from the consequences of a theft/burglary conviction. He knows about all the Denton Law and can also help you in understanding the penalties that you would have to face in case you get convicted by the court, and how he will make sure that you don’t get convicted. Contact us today!