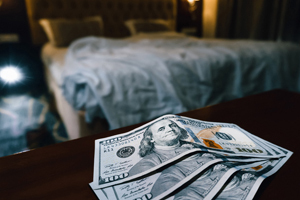 A felony is a very serious offense in Texas that has some drastic repercussions. It is generally punishable up to life imprisonment depending on the severity and category of the crime. If you are charged with murder, arson, or any other felony crime, a strong felony defense from a Denton felony defense lawyer like Sanjay Biswas Attorney at Law will make a significant difference in the result of your case. You must speak to a professional felony defense attorney at the earliest after your arrest, especially when charged with felonies.

When it comes to dealing with felony charges, there are several issues and concerns. In Texas, some common felony charges include:

The above list of all the numerous felonies that occur under the Texas Penal Code is in no way exhaustive. The above list forms the common charges for a felony which are frequently seen in Denton.

Types Of Felonies In Texas

The categories for felonies are laid under the Texas Penal Code Section 12.04. In Texas, there are five types of felonies, and the severity of the crime categorizes them. These are:

While Texas categorizes felonies by degrees, it is still a serious issue for a lower-level felony that you should not tackle by yourself. To ensure a successful outcome, it is necessary to obtain professional legal support.

Serious penalties and consequences will result from a conviction for a felony offense in Denton. Some of the most common implications that a felony offender can face include:

It is worth noting that you do not actually have to face a conviction if you have been charged with a felony crime. The state prosecutor is expected to show that, beyond a reasonable doubt, you have committed every element of the crime.

This may be quite difficult to meet because if in the prosecution’s case the judge or jury has any questions that may raise doubt in the story of the prosecution, the charges against you could be lowered or even dismissed.

What Is The Statute Of Limitations In Texas?

You should not be humiliated by the prosecutors or appear before the judge alone if you are facing felony charges in Denton. Regardless of your criminal charge, experienced Denton felony defense lawyer Sanjay Biswas Attorney at Law is prepared to help and defend your interest in your case. Contact us today!