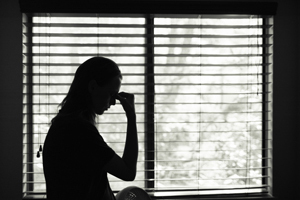 Rape and sexual assault are sensitive crimes, and there are some people who falsely accuse others of committing them. In order to save someone from these false accusations, you can hire a Denton rape attorney. Rape allegations can completely destroy your life even if you are innocent. No one will listen to you if someone accuses you of committing rape. So, if you are innocent, then you should not take these allegations lightly and hire a lawyer immediately to defend your case and protect you from any harsh punishments. Getting convicted for a rape or sexual assault crime can seriously harm your reputation and damage your relationships as well. You would not be allowed to live in certain neighborhoods or hold certain types of jobs. The damage done to your relationships won’t go back to how it was before easily. Therefore, it is crucial for you to get in contact with our Denton rape attorney who will fight your case.

Rape And Other Sex Crimes In Denton

Under the law of Denton, rape can be defined as intentional sexual contact that involves penetration with another person without taking the consent of the other person. It must be kept in mind that the acts of rape may also include coercion, manipulation, force, and threats. In some cases, the other person may even not be in a condition to consent, for example being drugged, etc.

According to the law of Denton, having sexual intercourse with a minor even with consent would amount to rape. To qualify as statutory rape, there must be a three-year age difference between the two parties.

Prosecutors pursue such cases in an aggressive fashion. Once you get in contact with Sanjay Biswas, he will make sure to win the case for you. He will examine the facts of your case closely to come up with any loopholes, defenses, or mitigating factors. The penalties that you may have to face vary from case to case and the severity of the concerned issue.

What Is Meant By The Aggravated Form Of Sexual Assault?

When a person gets involved in an act of rape and causes serious harm to another person while being involved in the act, with the use or threat of a weapon, such a crime is known as ‘aggravated sexual assault’ and it amounts to a 1st-degree felony. All those crimes that fall under the category of a 1st-degree felony can be punished with jail for up to 99 years and with a fine that must not exceed 10, 000 dollars.

The court may even increase the minimum jail sentence to 25 years for any act involving a victim six years old or younger or a violent act against a fourteen-year-old or younger. An experienced sex crimes lawyer could examine the facts of the case and challenge an aggravated sexual assault charge.

Indecency With A Minor

Please note that the Government can strictly punish someone who gets involved in sexual contact with a minor. This would amount to a 2nd-degree felony and there are harsh punishments for such crimes in Denton. You will have to serve jail time and get fined as well.

It is to be kept in mind that the consequences, both legal and social, of having a rape or sexual assault charge against someone can be long-lasting before even the person actually gets convicted. These crimes don’t only ruin the person’s reputation but the punishments involved are very harsh as well. Therefore, one must not take these charges lightly, and hire a lawyer who can guarantee that you won’t get convicted. In a country like Denton, where there are strict punishments for crimes like rape, it is incredibly important to hire a well-experienced Denton rape attorney who can protect your rights and freedom.

Reach out to Sanjay Biswas Attorney at Law to see how they may be able to help you build a defense and mitigate the effects of this situation on your future.