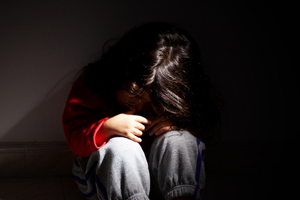 It can be dangerous to be accused of sexual assault. A conviction will mean lengthy terms in jail. As a sex offender, even probation will bring with it lifetime registration. This can have a devastating impact on the family, job, and social life of an individual. An individual may be followed for life by the presumption. It is a daunting and challenging job to win a sexual assault case as the defendant, even under the most favorable situations. Sanjay Biswas Attorney At Law, our Denton sexual assault lawyer, will be the perfect choice to save you or your family from the trauma of sexual assault charges.

One typical situation involves a male who is accused of by force or threat of force of sexually assaulting a female. It is uncommon to see cases involving females accused of sexual assault, but they do happen. Sexual assault cases are some of the most serious legal charges in Texas, irrespective of the gender of the victim, and can only be defended by an expert sexual assault lawyer.

The minimum sentence shall be 25 years if the victim of the crime is less than 6 years of age or if during the commission of the offense, a lethal weapon was used and the victim was under 14 years of age. An individual convicted of sexual assault or aggravated sexual assault is also subject to a compulsory sex offender registry.

In a sex act, sexual assault is usually described as the use of force, coercion, or incapacitation. To defend these allegations frequently means challenging the capacity or desire of the alleged victim to consent to the sexual conduct in question or showing that the charges were baseless or too extreme.

Sanjay Biswas Attorney at Law has the expertise and resources to conduct thorough inquiries into the circumstances surrounding the alleged sex crime and to bring to light sometimes missed facts. For clients across Texas, I treat a wide variety of sexual harassment issues, including issues of sexual assault:

I use various defense strategies related to the motive of the victim behind the charges, the criminal offender’s true identity, whether the crime was consensual or not, and the feasibility of the accusations as defined.

Every person has the right to tell their side of the story and engage a professional attorney protecting their rights. When they hear someone is charged with a sex crime, people will judgmental.
False accusations are common in these offenses for any number of reasons. The Denton sexual assault lawyer at Sanjay Biswas Attorney at Law has the experience and ability to fight for you. He has represented several individuals across Denton and can help you protect your rights in a sexual assault case. Contact us today!