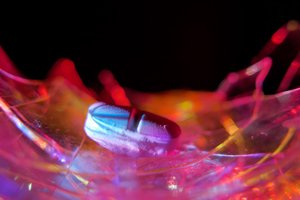 Denton is very strict when it comes to crimes, and when you add drugs to it, then you must note that the punishments are going to be severe for someone who gets charged with a drug-related offense. Not only your reputation but also your career and freedom will be at stake if you get convicted for a drug-related crime in Denton. This is the reason why one must not take these charges lightly and immediately consult with a well-experienced and competent Denton drug defense attorney who has the skills and knowledge to deal with such cases. Therefore, if you have been charged with such an offense, then get in contact with a lawyer immediately.

For this reason, you should contact Sanjay Biswas Attorney at Law who is one of the most reputed Denton drug defense attorneys as early as possible after your arrest.

In the 1970s, Texas had declared a war on drugs with the US, therefore anyone who is involved with drugs will not be given any mercy. Nowadays, police officers are always looking around for people who have even the smallest amount of drugs in their possession. A lot of police officers also lie and arrest people without any reason. They don’t conduct any drug tests and arrest the person. Therefore, they try to abuse the laws of Denton. Now in order to defend your case that involves drugs you need to hire a lawyer who must be aware of the laws related to searches and seizures. Since the case is of a sensitive nature, therefore the lawyer cannot make any mistakes, which is why you must hire an experienced lawyer. Sanjay Biswas Attorney at Law is experienced in a wide range of state and federal drug charges, including:

For instance, an experienced Denton drug defense attorney could demonstrate that your arresting officers did not have just cause to search your home, vehicle, or person. The lawyer can easily fight your case and defend you by showing the court that you were being entrapped and that the drug doesn’t belong to you. The lawyer can also defend your case by stating that the drugs were not kept for human consumption. The case can also be defended by stating that the person is being accused falsely and that the drugs were hidden in the vehicle by some other person, therefore they were not in the possession of the accused person. There are many more defenses that can be used by a lawyer that is familiar with the relevant laws in Denton.

You Deserve A Second Chance

I understand how terrifying any arrest can be, particularly for an alleged drug-related offense. The consequences of an arrest alone can disrupt your personal life, professional life, and the lives of your family members.

Yes, I know how embarrassing and devastating it can be to be convicted for a drug-related crime, DWI charge, felony, etc, which is why as a defense lawyer, Sanjay Biswas will make sure that you don’t get convicted, and even if you do, then the punishment will not be a lot. Some common punishments for drug-related crimes include fines, probation, imprisonment, restriction on traveling, financial problems, loss of a job, etc.

If you’ve been accused of committing a drug offense in Denton, then you should contact Sanjay Biswas Attorney at Law immediately. Don’t trust just anyone to handle your drug charges. Contact our experienced Denton drug defense attorney right away for a free, initial consultation.